For those of you who have been dying to hear some results from the many ongoing projects in the Bahamas, your wait is over. Manuel and colleagues have recently published a paper in Science Express, which demonstrates that "both founder effects and natural selection jointly determine trait values in [the studied] populations". Very cool. Below, you can find some previously unreleased "behind the scenes" photographs of the research. I've also provided a smattering of links to some media articles about the study. Others are certainly out there, but these seemed the most unique in terms of content and language. And don't forget to watch a great video clip at Duke Today or on OnePakistan. Enjoy! 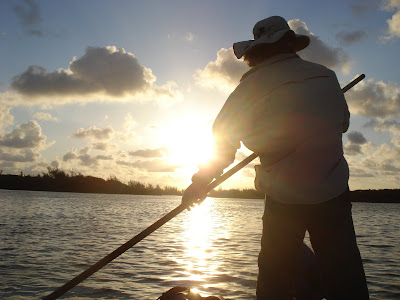 Manuel Leal pushes the crew onward to another cay when the tide is low ... 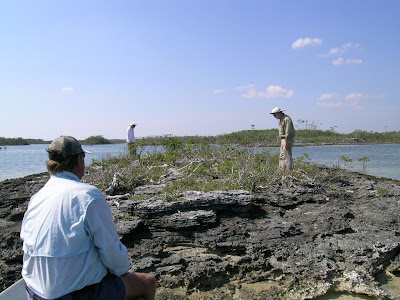 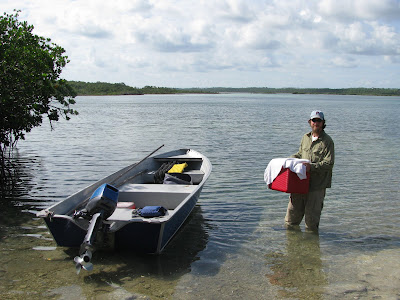 "We go to great lengths to ensure that the lizards are kept alive and healthy, while we collect the necessary morphological data." - ML


Today's post has a very special meaning to me. If you follow our blog, you have seen numerous blogs in which I poke fun at JBL, better known as Chester or Señor. It is my great pleasure to post that Dr. Losos recently received the Daniel Giraud Elliot Medal from the National Academy of Sciences. The medal is awarded every four years for “meritorious work in zoology or paleontology published in a three- to five-year period.” Below is the description from the NAS website. Also, take a look at previous recipients; I am going to go out on a limb here and say that, in the near future, I will be posting about the fact that Señor has been elected to join the NAS.
____________________________________________________________________

I met JBL when I was Master's student at UPR - Rio Piedras. I remember mentioning to JBL that I was considering going for a PhD and that Harry W. Greene was at the top of my wish-list. It took only a day for JBL to realize that there was no way I would make it to Berkeley, and in a very polite manner, he suggested that I should also consider his lab. I was not completely sold on the idea, because JBL’s main focus was on comparative work and my interests were mostly in behavior. Well, the rest is history: I didn't make it to Berkeley, U. Michigan took forever to inform me that I had received the Rackham Fellowship, and JBL pulled some strings at WASHU & opened the door of his lab. I have the feeling that he has regretted that decision many times, and if he had to do it all over again, his decision might be very different. At the time, I believe he was impressed by my lizard-catching skills (which were a little better than his) and the stubborn way I’d call myself a Natural Historian. Every time I described myself as a Natural Historian, he would remind me that saying such things would never get me a job.

Having JBL as an advisor greatly shaped my academic career. He gave me the freedom to pursue my interest in behavior and more importantly made me feel like a colleague. We have learned to agree to disagree, and to do so while enjoying a heated discussion. I will always be grateful for the fact that he opened the door and has been willing to provide many hours of advice.

One final word: It is only fitting that Lizards in an Evolutionary Tree: Ecology and Adaptive Radiation of Anoles is strongly anchored in Natural History. Maybe Natural History can get you a job after all.